Henry, born in Mercer County, Illinois on April 1, 1858, died on January 29, 1942.
In the spring of 1885 Henry met Clara Jane Hutson, daughter of George and Angeline (Carter) Hutson. Henry and Clara were married February 15, 1888, at the Methodist Parsonage in Knoxville, Illinois. 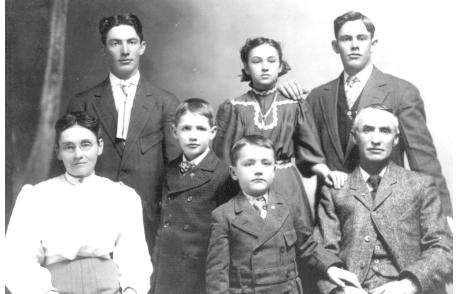 
From the union of Henry and Clara came five children:

Everyone should know that Shirley is the source of the records and early history of John Drudge/Dredge.

Thank you so very much Shirley.